A modular building manufacturer with branches throughout the US possessed an overall turnover rate of 77%, with the majority of their turnover occurring in the Service, Administration and Transportation divisions. Due to the extensive training provided to new hires, the organization faced magnified turnover costs. They opted to re-evaluate their recruitment process and identified the ERI as the ideal tool to provide more information about the candidates prior to hiring them. 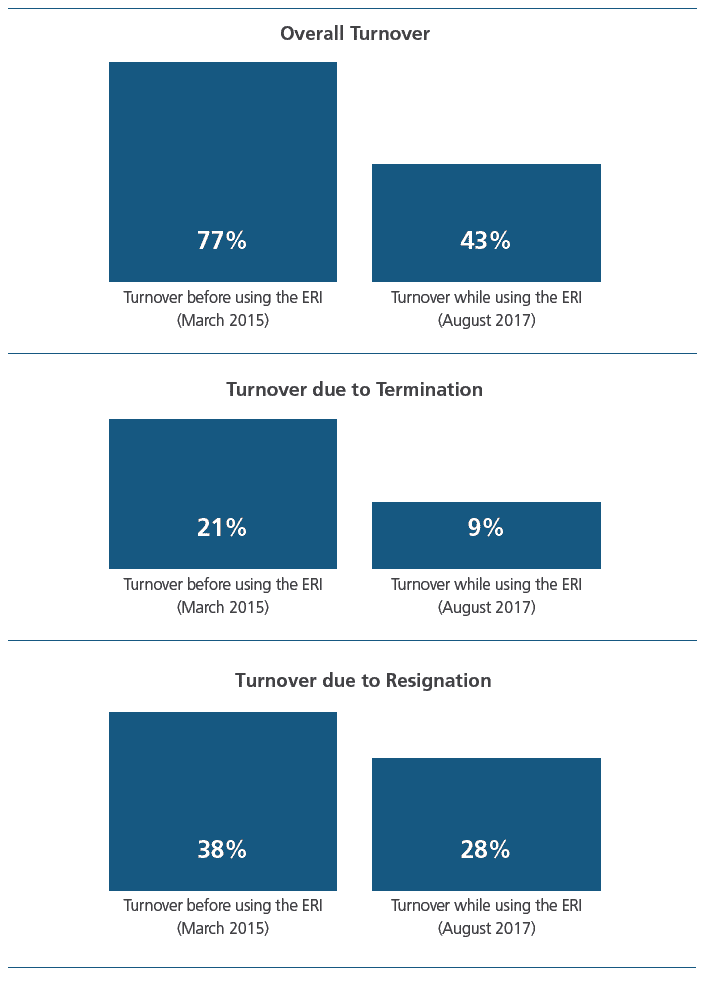 To determine the return on investment that the client experienced from introducing the ERI into their recruiting procedures, we looked at their average yearly turnover rates and the estimated cost to replace individuals within each department.

Note: Some of the estimated costs to replace (3rd column of data) were given a higher-than-average value due to the extensive training that new employees receive (e.g. the Transportation division). 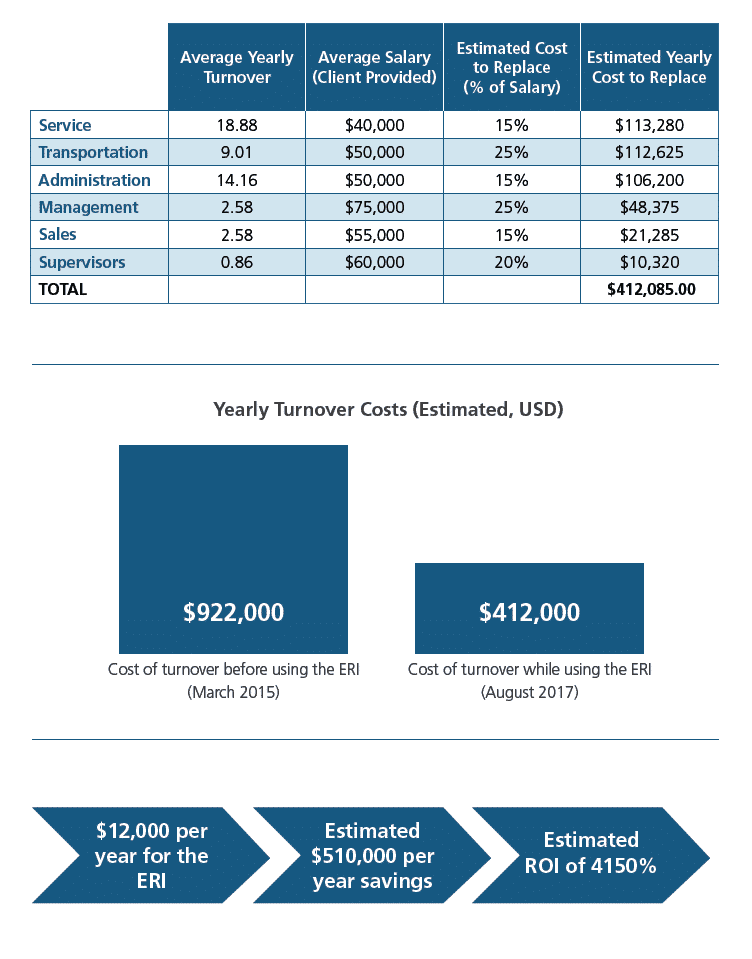