We’ve all been there before: even in our best attempts to communicate in an effective, straightforward way, it seems our message is either falling on deaf ears – or disinterested ones. Don’t be dismayed, as even the biggest organizations with the most talented people at their helms can fall victim to this – and the real implications are often revealed during something as complex and sensitive like widespread change.

In my consulting work, I often get a request to work with teams and organizations that have recently undergone some sort of change – either to their job descriptions, important processes, or the systems they use to get things done. This can be an exciting time, albeit a challenging time, for many people and I usually look forward to rolling up my sleeves and help them navigate forward in an effective way. However, the unfortunate part is that I often find g

roups who have yet to even accept the change, let alone implement it, let alone use it effectively in their performance. Thus, as I come to find out, the reason for my involvement.

“Our front line staff is resisting the change, and you need to fix them”, one individual has said to me.

“I don’t know what the problem is – we’ve trained them properly, and they still don’t want to take part” – said another.

“It’s not that big of a deal, I don’t get what’s so hard about this” … and the sound-bytes continue, reflecting some of the frustration I’ve heard voiced before. This is especially the case for leaders who – despite their best efforts – remain unable to actually motivate their people toward acceptance of a change.

Ultimately, it has been argued that for a change to be successful, it is not a matter of the best vision, idea, strategy or project management. Jeff Hiatt, a key founder of the ProSci change management model argues that it is actually rooted in something simpler: to facilitate change in an individual. In order for an individual to accept change, it will come down to much more than giving them the technical know-how: to engage a change, one must first be excited, or at least motivated, to do the work necessary. What adds to the complexity of the change process of course, is that not everyone is motivated by the same things: the adage that “One person’s perfume is another person’s poison” comes to mind. Thus ‘motivating people’ is not a paint-by-numbers process, and leaders who communicate change need to find a way to motivate different kinds of people in various different ways.

This, my friends, is where knowledge of Type becomes incredibly valuable. In the MBTI® literature, the dominant function is often referred to as the ‘core of who we are’, and contributes immensely to a great many things that often include career choice, job satisfaction, and – most importantly for change management – what truly motivates us. By the same token, our dominant function 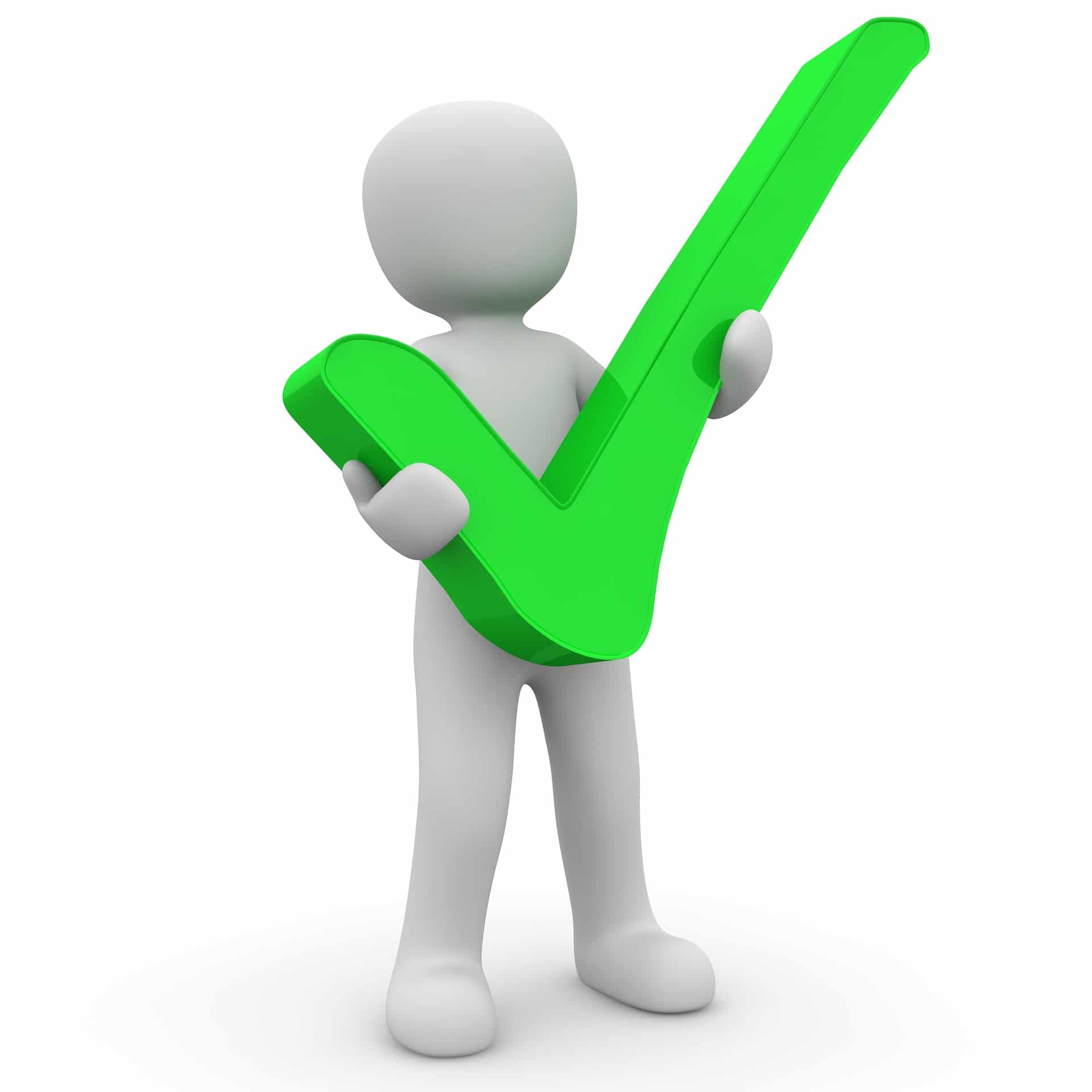 may also be responsible for how we react when our most fundamental needs are not met – this often results in the ‘resistance’ behaviours we see so often in the face of change such as criticism, complacency and cynicism. By having a framework of reference for what every dominant function needs to hear in order to accept the change, we can better equip ourselves to frame the new way in a manner that maximizes the probability of buy-in.

Next time you introduce a change – or are responsible for managing or consulting through one – ask yourself if everyone has heard what they need in order to be engaged.

ISTJs and ISFJs (Introverted Sensing)
Motivation stems from their sense of responsibility and attachment to the organization. To accept a change, the new way must be practical, doable, and reflect a respect for previous organizational progress. Ultimately, they want things to work, especially when they align with their inner reality- and will put forth great effort to accept changes and create new procedures if they are directly applicable to the way work is done.
Action Step: Highlight how the change will create better efficiency by addressing previous gaps, problems or challenges; communicate directly what the tangible ‘to do’s’ are.

INTJs and INFJs (Introverted Intuition)
Motivation comes from being involved in creating a clear vision of the future and seeing ways they can act to bring it about. Ultimately, it is about the change fitting into their internal understanding of the world around them.
Action Step: Communicate how the change aligns with the values and mission being upheld by the organization, and by the people in it. Be clear about the ideal ‘future state’ of things, once the change has been implemented appropriately. 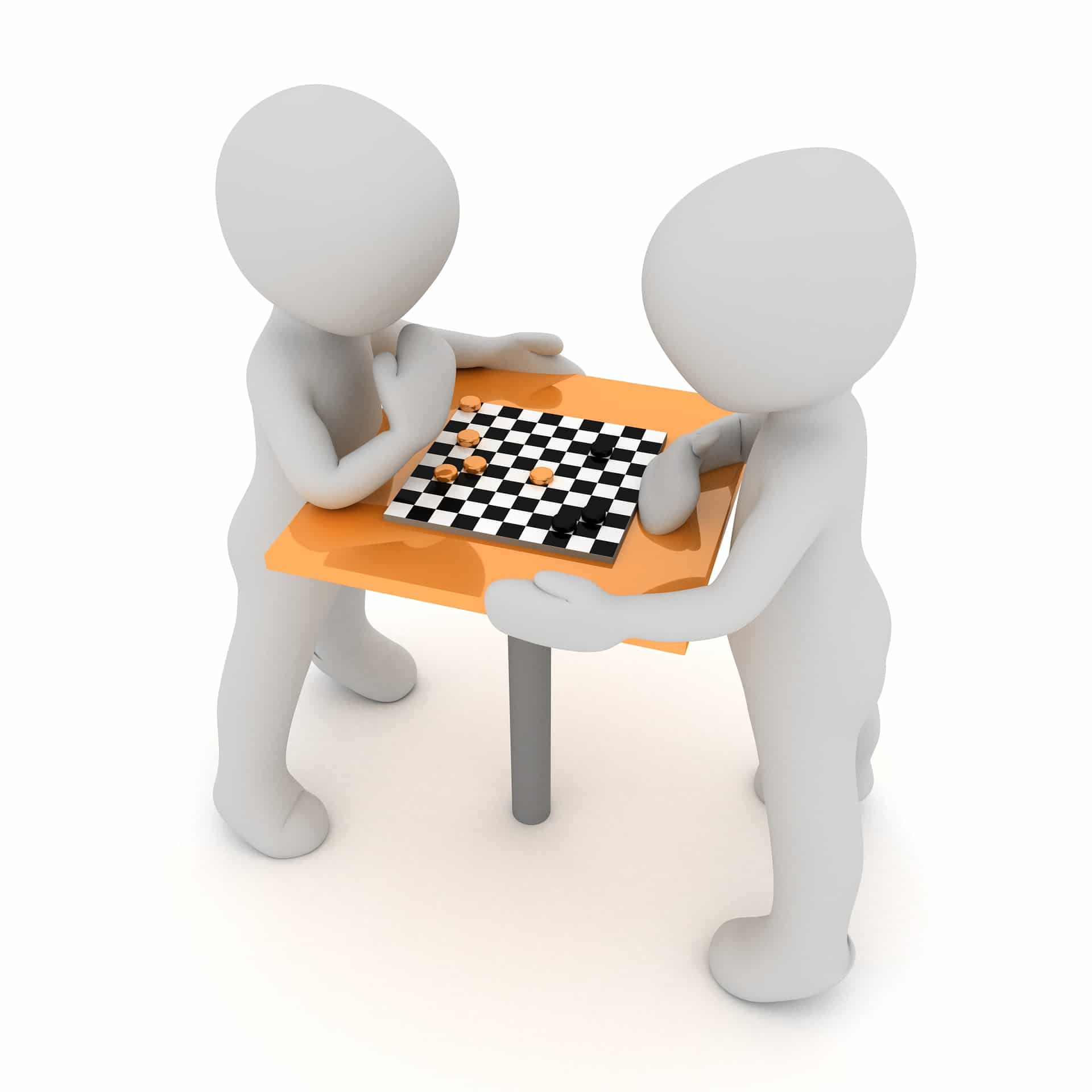 ISTPs and INTPs (Introverted Thinking)
For Intorverted Thinking types, motivation stems from being challenged to rationally organize and understand large amounts of information. They like to solve problems and be respected for their ability do so.
Action Step: Draw a clear line between the change and the logical reasoning for it. When appropriate, seek their thoughts on how to maximize targets, strategy, or other considerations. 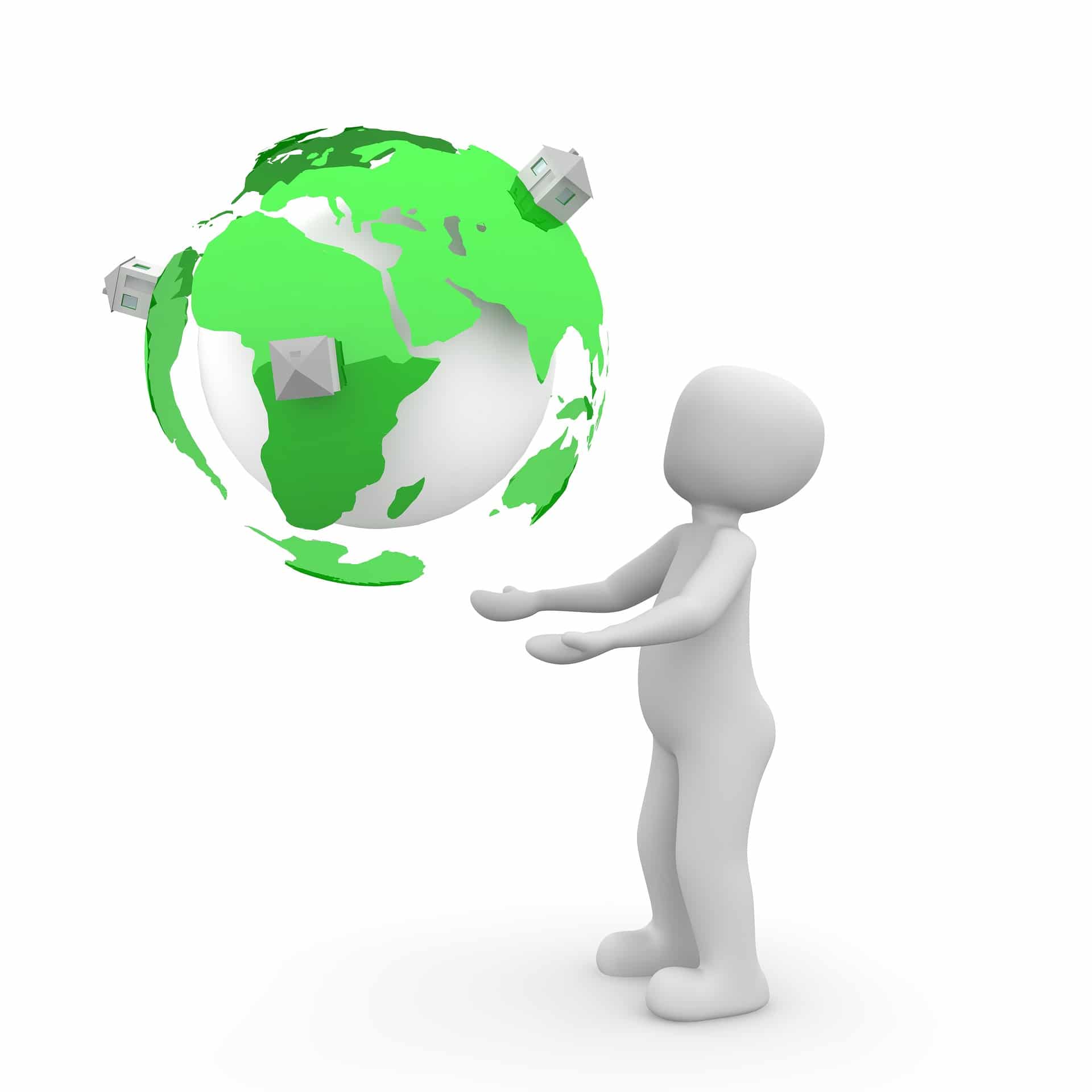 Motivation is found through meaning in their work and connection between their internal value system and the tasks they are responsible for.
Action Step: Communicate how the change will bring a positive benefit not only to the work they do, but the people they work with and the organization they ultimately serve. Highlight the organizational values that are being upheld by their commitment to the change.

ESTPs and ESFPs (Extraverted Sensing)
Motivation comes from new, interesting experiences and the opportunity to quickly try out new things. They aren’t interested in theory or hypotheticals, they want to act.
Action Step: Highlight the tangibles they will be responsible for, and communicate that they will be able to freely – and safely – try these new things out before performance mandates are implemented.

ENTPs and ENFPs (Extraverted Intuition)
Extraverted Intuition types are motivated by exciting new ideas, seeing possibilities and being involved in creating – and leading – changes.
Action Step: Highlight the creative or novel features of the new way, and establish a way to foster collaboration and consensus early on in the change management process. Having a voice and a sense of contribution of ideas will be very important.

ESTJs and ENTJs (Extraverted Thinking)
Motivation is found in an organized structure that achieves goals as efficiently as possible.
Action Step: Be very clear about w 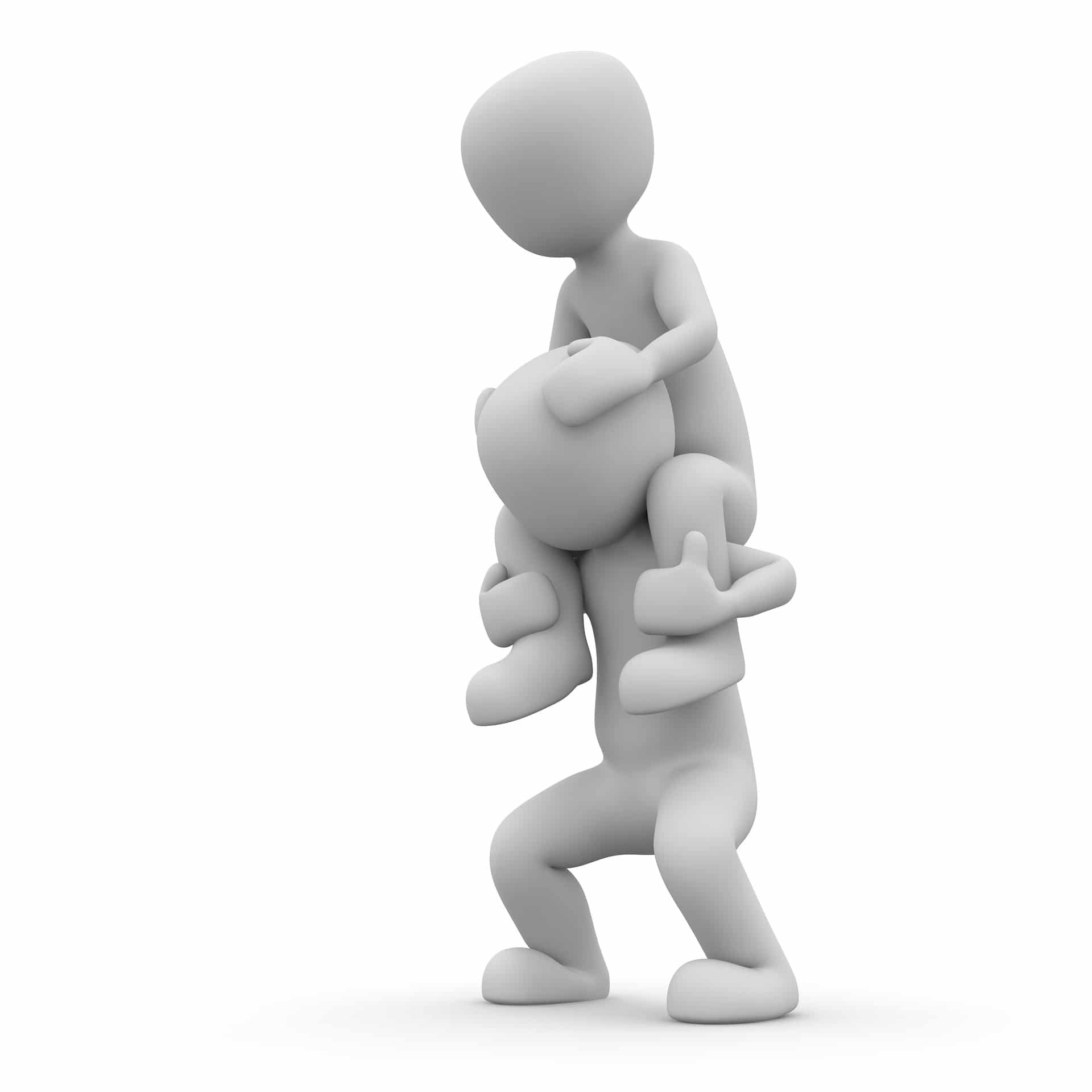 hat will change, when it will change, and how this will result in things being done better and/or quicker. Avoid anything that could be confused for confusion, lack of clarity, or de-emphasis of logic.

ESFJs and ENFJs (Extraverted Feeling)
Extraverted Feelers are motivated by responding to the needs of others and from being given the opportunity to encourage and support people.
Action Step: Communicate how the change has been considered in light of how it impacts others, making sure to highlight how benefits will be maximized and how risk factors will be minimized. Validate change efforts.

It is important to remember that if people are resisting change, the fault may not be their own; ask yourself whether they have received everything they need to meaningfully move forward.