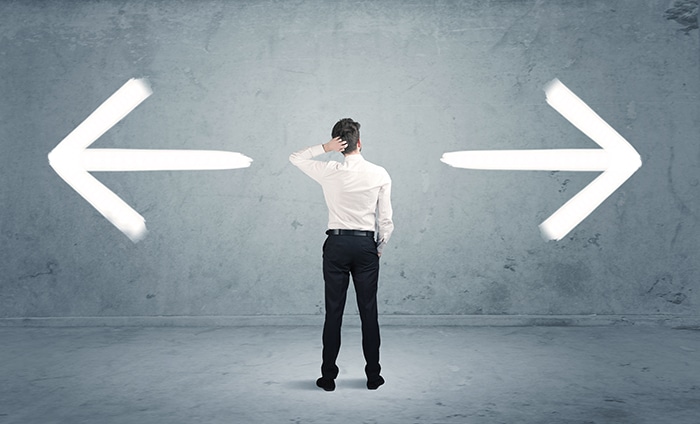 Thirty four percent of people employed in the United States are considered engaged in their work, according to a recent Gallup poll. In this survey, being engaged in their work means being fully absorbed by and enthusiastic about what they’re doing, and this person often takes positive action to help the organization move forward because of their mindset. Are you part of the 34%?

While 34% is a new high in career engagement, it also means that 66% of people are not engaged. In other words, for every three people in a company, two of those people aren’t motivated in what they’re doing. While companies care about motivating employees to keep them at the company and keep them productive, they don’t have all the answers for what uniquely motivates you. In addition, if you’re going to spend one third of your entire life working, doesn’t it make sense to figure out how to motivate yourself so you’re not depending solely on the company you’re working for? We’ve already looked at how to increase your inspiration in everyday life– but what about motivation?

Before we talk about motivation and MBTI® personality type, let’s look at some of the basics around motivation in psychology. Motivation has a long history in the field of psychology. In modern psychology, the first broad ideas around motivation were based on needs. Maslow and Herzberg are two of the most well-known psychologists when it comes to motivation – each had their own theories that are still in common use today. Maslow proposed the Hierarchy of Needs that suggested needs are have to be met in a specific order: bodily needs such as  food and shelter; safety needs, such as being physically safe and secure; belonging or social needs; followed by two higher level needs self-esteem and self-actualization. The latter two are about being successful in life pursuits. Maslow’s hierarchy tells us that we can’t meet the later needs until we’ve met the first needs. So if someone doesn’t have food and shelter, they’re not going to worry about social needs until they’ve fulfilled that first, most essential level of needs.

Herzeberg’s model looked at similar needs as Maslow, but a key difference was the idea that once the basic needs were met, they were not longer a source of motivation. For example, think about early industrial life in western cultures where for a vast part of the population, the basic needs required working 6 days a week, 12 hours a day or longer in order to meet these needs. Today, the basic needs (also known as the Hygiene factors) are fulfilled for most people with very little effort. However, the higher level needs are still discussed, but in different terminology such as employee engagement, goal setting, and other terms.

As time went on, the models we just talked about were replaced by other models more focused on rewards and based on the work of individuals such as Frederick Taylor, BF Skinner, and Ivan Pavlov. Taylor found that people were more productive (more motivated) when they were paid based on how much they produced when they worked, rather than by the day or the hour. Pavlov (also known as “that dog-bell guy”), discovered that dogs could associate a bell with something that signaled a need (in this case Pavlov used food) and the dog’s response could be replicated over time without the original need-based stimulus. In other words, a dog could be taught to drool at the sound of a bell without offering any food. What happened with Pavlov’s dog’s is known in the psychology world as classical conditioning and it occurs often in everyday life and frequently to humans as well as animals. My friend was a new dad and the smell of a few particularly bad diaper incidents made him incredibly nauseous. Even now that his kid is grown up, the smell of JUST the baby wipes still makes his stomach turn.

Why does this history matter when it comes to motivation? It shows how behaviors can be taught (such as forming new habits), but also how inborn behaviors (the need-based behaviors such as need for food) can become associated with outside events, environments or triggers (these things are often called external stimuli).

Another famous psychologist, BF Skinner, identified four different ways to change someone’s (or your own) behavior based on external stimuli. There are rewards and punishments, and the rewards and punishments can either be positive or negative. Rewards are meant to increase a behavior, while punishments are meant to decrease a behavior. Positive rewards (such as pay for employment) and negative punishments (such as being fired for violating a company policy) remain two very common ways to try to motivate people today.

The extrinsic motivation remains very common in modern organizations, and makes sense to most people (you can read more about extrinsic and intrinsic motivation in our earlier blog about inspiration and motivation here). For example, people receive a paycheck (which helps to meet their physiological and possibly status needs) in exchange for work done. Doing a really good job at work may result in a pay raise or a bonus (a positive reward) or some other form of recognition. Doing a really poor job may result in termination (considered by most to be a negative punishment). In addition, many people also consider intrinsic motivation a big part of where career motivation comes from, as many people find it satisfying to complete a goal, and extrinsic motivation can further play a part where achieving certain goals may lead to recognition or other rewards from a company. You could say the best jobs for you to stay motivated in are jobs where you’re both extrinsically motivated as well as intrinsically motivated.

The MBTI® assessment can help you understand how you’re motivated in a number of ways, which we’ll talk about in detail in the next few blogs. Myers-Briggs’ theory of personality type tell us that personality itself is a source of motivation. Specifically, people have preferences for how they take in information, make decisions, and interact with the outside environment. Doing activities in a way that’s consistent with your personality preferences is motivating, because it satisfied your preferred approach to accomplishing these tasks.

In the next blog we’ll talk specifically about motivation and behavior, and how knowing (or not knowing) yours or others MBTI®personality type can go a long way to motivating yourself or others towards a goal or desired behavior – whether your goal is running for president, running your first 10k, learning to fix a running faucet or stop running late.