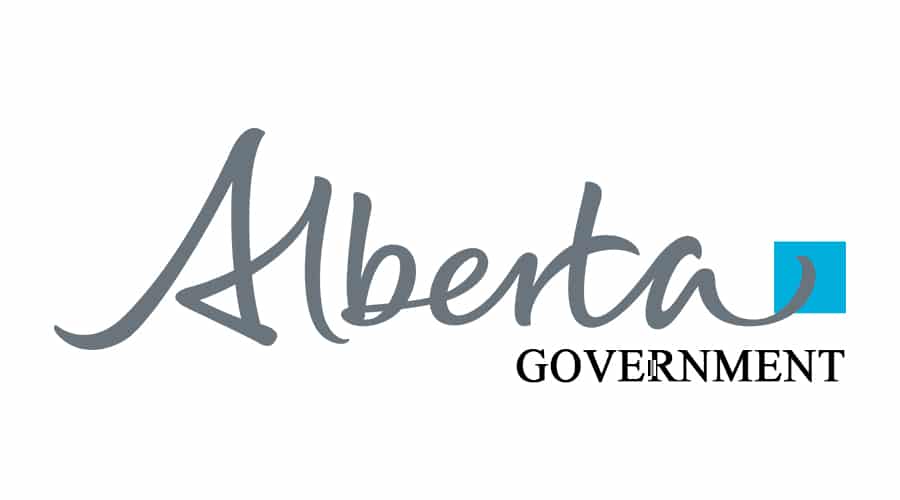 The public and private sectors are sometimes portrayed as polar opposites, serving fundamentally different purposes, operating under different conditions and defining success in different ways. But according to one organizational development consultant who works with clients in both worlds, they can reap the benefits of assessment tools in equal measure.

Fred Jacques has been working with the Alberta government for 16 years, and with Alberta Environment and Sustainable Resource Development (ESRD) for 12. He has also worked with the North American energy giant Encana for 15 years. And in both the ministry and the company, he has seen mergers reshape the vision, values and leadership of the organization.

“Government and private organizations are similar in that they deal with constant, continuous change,” Jacques says. “At ESRD, the government’s massive changes have spurred recognition of the importance of leadership. The government has put explicit work into values—respect, integrity and excellence—aimed at giving employees a consistent framework amid the ever changing environment.”

The goal, he says, is enabling and supporting people by offering them a common set of principles to guide them to lead through change and remove a sense of isolation. Part of a larger philosophical change from regulator to educator, pinning down organizational values is important to giving employees the knowledge, skills and mindset for collaborating with the public.

He notes that the company’s leaders are technically strong and are supported by development programs aimed at developing leadership capabilities identified as critical to Encana.

That support is where Jacques says the Work Personality Index® assessment plays a valuable role in leadership programs for both organizations.

For ESRD, he uses it in leadership development for mid-level and senior managers, after a successful pilot with directors. He says the program has evolved as the ministry has changed over his long relationship, with the Work Personality Index assessment, published by Psychometrics Canada, emerging as a standard developmental tool.

For Encana, he simply found the Work Personality Index assessment to be the best tool for the job. He uses it as part of a four-day “Enhancing Leadership Capacity” program for leaders with one to three years’ experience—employees often in their late 20s or early 30s stepping into their first leadership role.

“The reason we aim at leaders in their first three years is to give them skills and help them create networks before they get too far into their leadership role,” he says.

Working with about 25 people per session, he asks participants to team up with one or two learning partners just before they get the assessment, to talk about a positive leadership experience they’ve had. The learners also meet with their partners between sessions to build knowledge about each other’s strengths. Over the program, the partners gel into a mutual coaching and 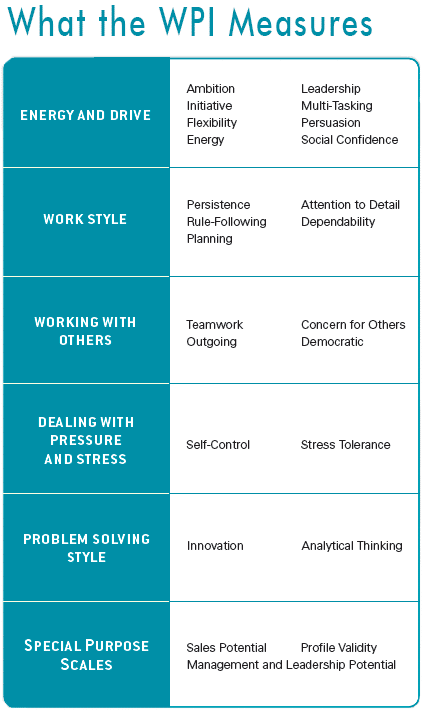 Jacques uses the WPI Leadership Competency Report as part of a developmental framework focused on helping leaders set one to three specific goals. The goals can b

e adapted to specific contexts, but are equally applicable.

Jacques sees the Work Personality Index tool as a way of striking a balance between strict self-assessment and 360 degree reviews. “Some organizations do 360 degree reviews, but some aren’t willing or may not have support from within the organizational culture,” he says. “On the other hand, there’s the risk of review fatigue—too many reviews too many times—but they need some formal assessment to build self-awareness and self-knowledge.”

Jacques says the Work Personality Index tool has several advantages for the kind of work he does with both organizations: “It’s clear, it follows a logical progression and it puts a lot of learning in a small package. It gives a good indication of personal style, likely strengths and competencies to improve—and actions to build on those competencies.”

He notes that the excitement level in sessions often rises when people make these discoveries about themselves, especially their strengths. But he also emphasizes the value of discovering areas for improvement. “The strongest reaction you should have in reviewing the results is interest—note it when you notice it, flag it, but keep going until you have the whole picture,” he advises, because an important benefit leaders can gain from the assessment is learning to cut themselves some slack on their strengths and invest in other areas that might give greater return on that investment.

Jacques has noted a positive reception among public-sector and private-sector participants alike. In post-session surveys, 85 per cent of ESRD participants strongly agreed that the Work Personality Index report was helpful for self-awareness, and many said the Work Personality Index portion was the highlight of the entire course. Several reported that it was more straightforward than other tools— a reason Jacques chose it in the first place.

At Encana, the buy-in has taken on a literal meaning: the program co-ordinator gives each learning partner in each group a $15 coffee card to continue the conversations sparked during the program.

“It appeals to the pragmatic goals at Encana, but also to the more values-driven, philosophical goals at ESRD. And in both cases, the Work Personality Index tool is the starting point for building those connections.”

Fred Jacques is an organizational development consultant and leadership educator with over 30 years of experience in both the public and the private sectors. His consulting practice focuses on leadership development, executive coaching and change management with clients across Canada, and was launched following a successful career as an internal consultant and human resources manager for several large organizations. Holding a PhD in organizational behaviour and an MA in applied behavioural sciences, he teaches in executive development programs at the University of Alberta, University of Calgary and Royal Roads University, and is a past faculty member at the Banff Centre for Leadership and the Banff School of Advanced Management. He is a certified human resources professional and is accredited in the use of numerous assessment tools. He was MBTI Certified by Psychometrics Canada.