Appreciating Diversity With the MBTI® Tool

Appreciating Diversity With the MBTI® Tool

Giving Aboriginal children a head start in navigating today’s complex world is an opportunity that the Tahatikonhsotontie Head Start team welcomes. Since 2013, the Head Start team has used the Myers-Briggs® (MBTI®) assessment, within annual workshops, to become more effective with their time management, communication, information processing, and decision-making. They are committed to leveraging individual strengths and optimizing team cohesiveness.

Tahatikonhsotontie is a Mohawk word meaning to be always giving consideration to the seven generations in the future as we make choices today; the closest phonetic translation would be: Dah Ha Dee Guhnso Doon Jay. An Aboriginal early childhood education centre, Tahatikonhsotontie Head Start is part of the Mohawks of the Bay of Quinte (MBQ), located on Tyendinaga Mohawk Territory in Ontario. MBQ is part of the Mohawk Nation within the Six Nations Iroquois Confederacy.

Tahatikonhsotontie Head Start offers programs to children from newborn to 6 years of age. Working with the children, the Head Start team models authenticity and respect, while demonstrating alignment with the organization’s vision statement: “to nurture generations of strong spirits by providing resources to families and community that will empower self-identity as Aboriginal children.” Program offerings include the pre-school program, which follows the High Scope model using play-based learning focusing on the following areas: interactive learning and engagement, cultural teachings, Mohawk language, school readiness, social skill development, and fostering empathy. Also offered are afternoon and evening workshops designed specifically for community members and a drop-in program (which includes parental attendance).

I witnessed firsthand the cohesiveness of the Head Start team when I facilitated their first MBTI workshop, and evidenced the team connection strengthening through consecutive workshops. Drawing on my Indigenous ancestry (Mohawk and Algonquin), I wove elements of traditions/teachings within the design and delivery of each workshop. For example, the Seven Grandfather Teachings of Respect, Love, Truth, Bravery, Wisdom, Generosity, and Humility, formed part of one of my workshops.

During this year’s MBTI workshop, I asked the Head Start team members to share how the other MBTI workshops had impacted them, both personally and professionally. Everyone agreed that the MBTI tool contributed to the ongoing awareness of strengths to leverage, as well as areas for development (both in personal life and in the workplace). For example, one team member shared that she has been mindfully self-managing aspects of her ‘Thinking’ preference since becoming aware of the impact it could have on others. Feedback from the group speaks to the continual value of the MBTI tool in maintaining and strengthening that solid team connection.

The Head Start team agreed that the knowledge gained within the MBTI workshops consistently enhanced their understanding and appreciation of personality differences within their team as well as within the children – and their parents – attending the programs. One of the most noted improvements is improved communication in team meetings. This has led to more efficient and effective meetings year by year. Team members shared that they “now feel comfortable in voicing [their] views,” and that time is invested for “dialogue and reflection resulting in quicker and easier consensus, without as many loose ends at the conclusion of meetings.” They attribute these shifts in the appreciation of team diversity as a direct result of the MBTI workshops.

In regard to how the MBTI assessment is applied in the team’s interaction with the children and parents, the team says that it comes down to understanding, appreciating, and respecting diversity, just as it does in relation to team members, so that application is mirrored in all relationships. Specifically, they noted that the MBTI tool helps them to understand why certain children might have challenges in social situations and how personality preferences show up in their behaviors. For example, a child who does not want to participate in an activity where he or she is asked to sing and dance solo in the middle of a circle is not necessarily being difficult. The Head Start team now realizes that Expressive-Contained facets of Extroversion and Introversion preferences are likely the cause of the child’s reticence. They still encourage participation; however, they are more aware that it may stretch some children out of their comfort zone.

Team members agree that, “the MBTI workshops have contributed to the team perspective that we balance each other and benefit from our differences,” and “it has made us a team versus co-workers.” These statements speak volumes, as I believe that every organization could greatly improve their team cohesion, workplace wellness, client satisfaction, and organizational excellence with the help of the MBTI instrument, and it is an honour to help the Tahatikonhsotonite team provide a “Head Start” to the children in their community!

Carolyn Hamilton-Kuby is the owner of Morningstar Centre for Engagement, located in Kingston, Ontario. Business specialties of leadership development, team-building, and workplace engagement are offered through the service of Executive Coaching, Corporate Training, and Keynote Speaking. Carolyn’s passion for making a positive difference is evident in all she does! 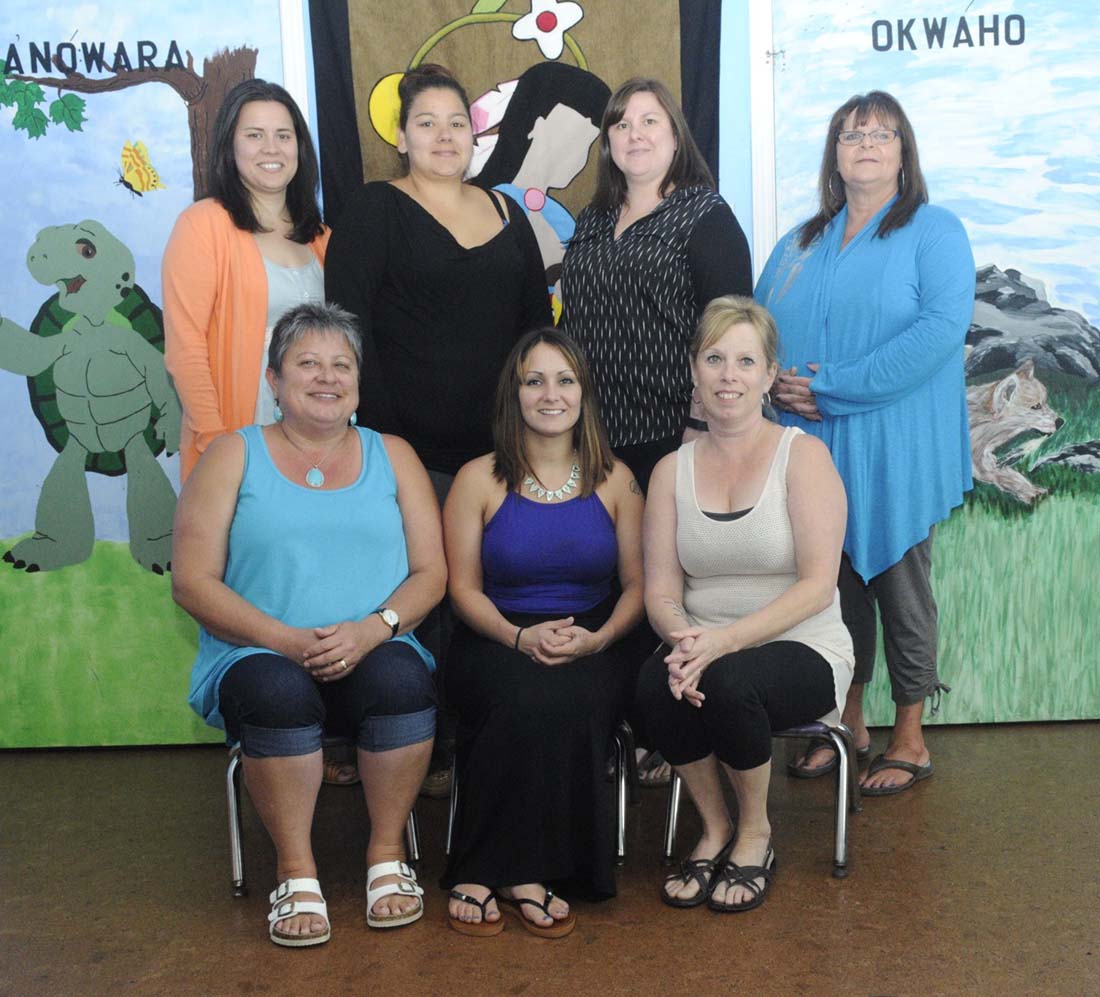